Bowling For Soup have just released their new single, a loving tribute to one of Hollywood's biggest stars titled 'I Wanna Be Brad Pitt'.

Check out the video, featuring an impersonator and some iconic outfits, below:

On the track, frontman Jaret Reddick says "Everyone who knows me, knows I love Brad Pitt. I got this chorus in my head while driving one day, and really, the rest kinda just wrote itself. I wanted the song to be a thoughtful tribute and not sacrifice the homage by making fun of him or things in his life. So that’s the direction I went and when it still got laughs from the band, I knew I had hit it out of the park."

The song will appear on the band's upcoming new album, 'Pop Drunk Snot Bread', set for release on April 22. You can pre-order a digital copy right here.

You can catch BFS live on tour in the UK this April: 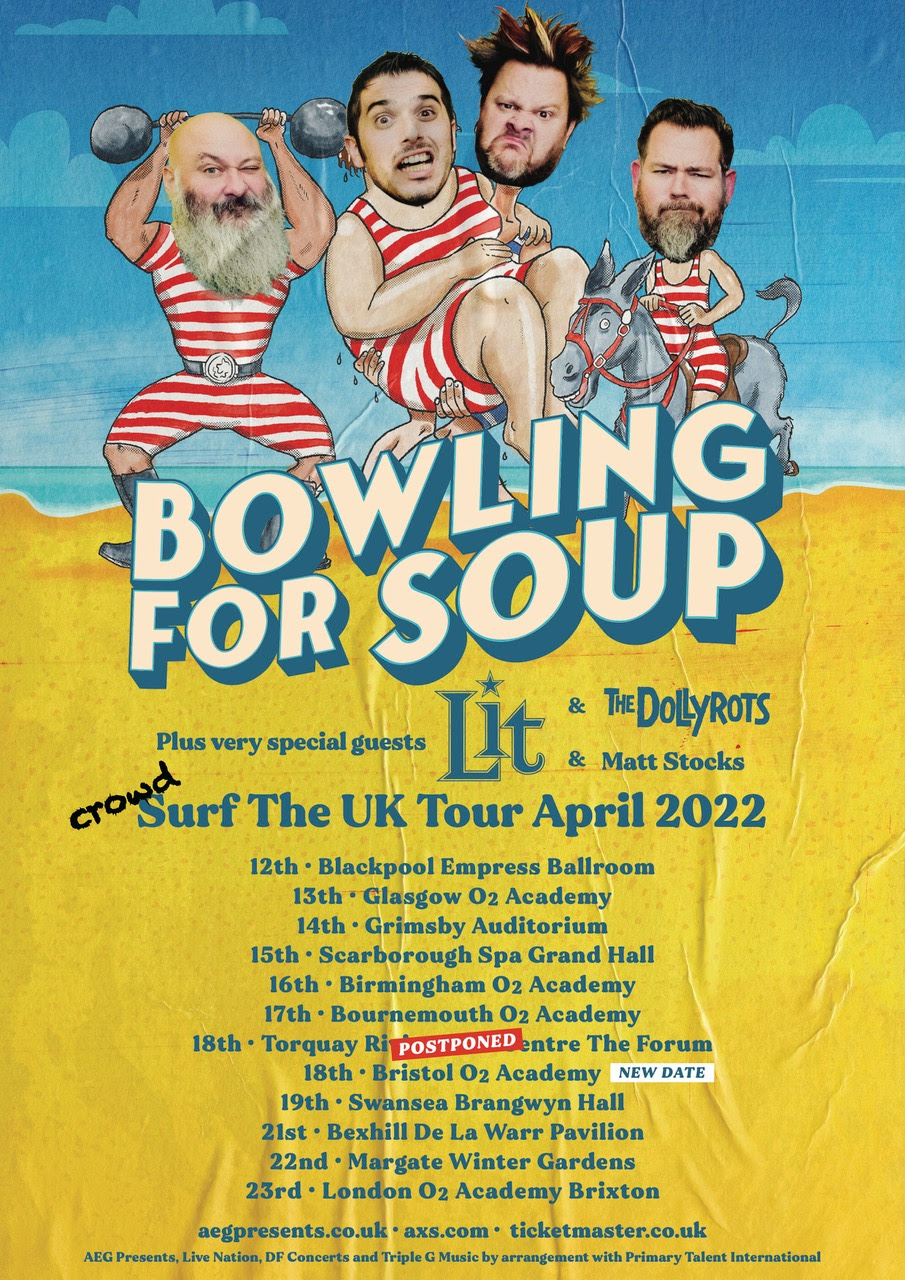 ROAM Have Announced Their Final Shows As A Band