Set It Off have announced the first details of their upcoming fourth studio album.

Entitled 'Midnight', the record will be released on February 1st 2019 via Fearless Records.

Get ready - our new album Midnight will be released on February 1st. ⌛https://t.co/xbIU4zbbQi pic.twitter.com/m9yCAmMaWc

The album is available for pre-order on their official website now.

The band have also dropped the official video for single 'Lonely Dance' which you can watch below:

Set It Off will head out on a US tour beginning February 15th in Las Vegas. 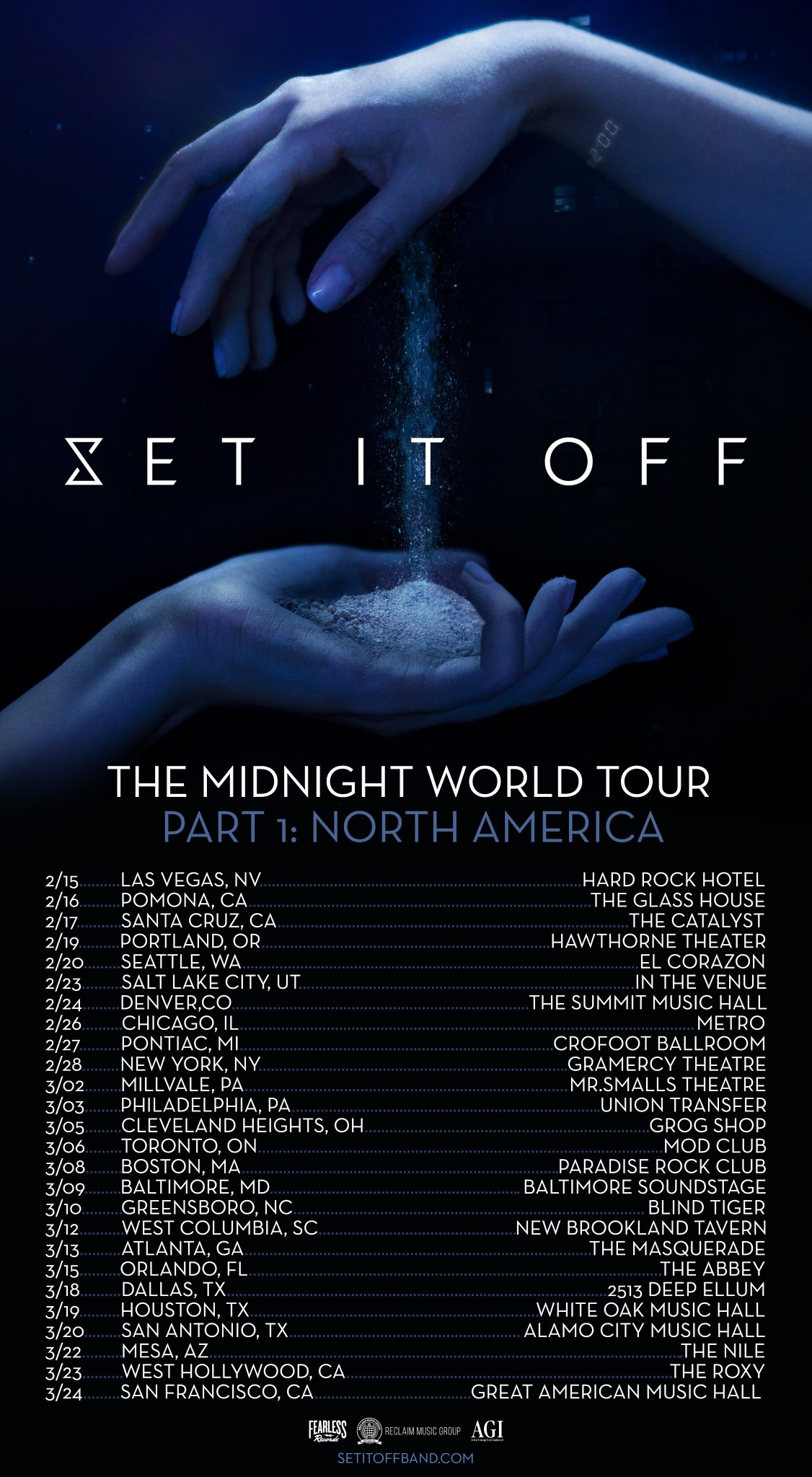