Listen to 'I Don't Think I Live There Anymore' now.

ROAM have announced the details of their upcoming third album 'Smile Wide'.

Out on September 06 via Hopeless Records, the album was recorded in Texas with producer Machine who has previously worked with the likes of As It Is and Fall Out Boy.

Plus, the band have also just dropped the first single and video from the record, 'I Don't Think I Live There Anymore'.

Check it out below:

Describing the track, guitarist and vocalist Alex Adam said “This track uses the idea of an out of body experience to exemplify the feeling of being out of control in any situation. It follows the protagonist as they wander vacant through life, doing as they're told, going where they’re told...”

1. Better In Than Out

2. I Don’t Think I Live There Anymore

5. Fire On The Ceiling

ROAM will return to the UK for a co-headline tour this September alongside With Confidence. 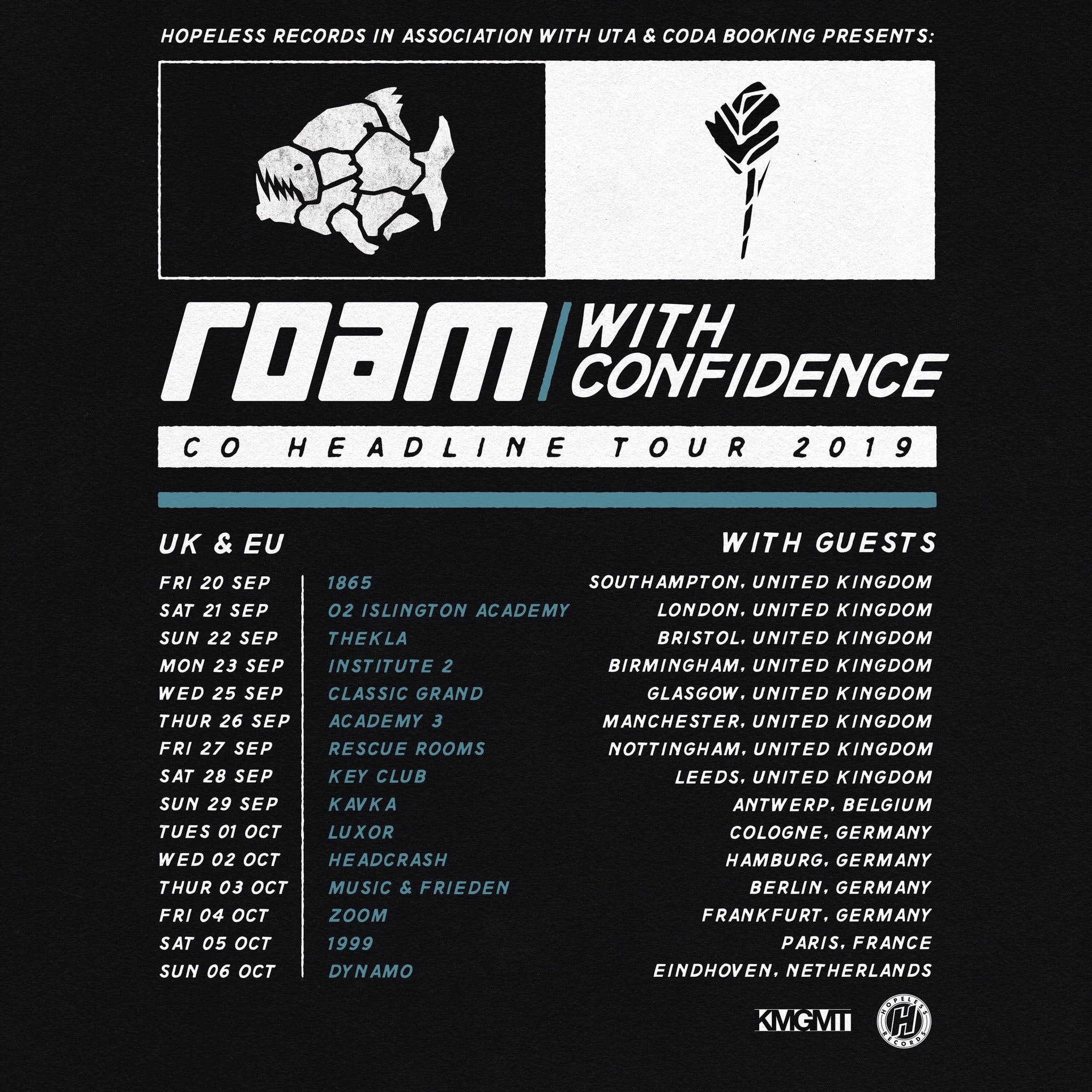