They join Foo Fighters and The 1975 in the first announcement for the 2019 lineup.

Twenty One Pilots will headline Reading & Leeds Festivals next summer.

reading and leeds is having us back. see you there in 2019. pic.twitter.com/3fRNESXjqH

Foo Fighters, The 1975 and Post Malone have also been confirmed as headliners for the event, which takes place from Friday August 23 to Sunday August 25 at Richfield Avenue in Reading and Braham Park in Leeds. PVRIS and Yungblud are among the other names revealed this morning.

Check out the full line up so far below:

Twenty One Pilots and The 1975 both last performed on the festival's BBC Radio 1 Stage in 2016. Foo Fighters meanwhile have headlined three times previously, most recently in 2012.

Tickets go on sale this Friday November 23 at 9am GMT from readingandleedsfestival.com. 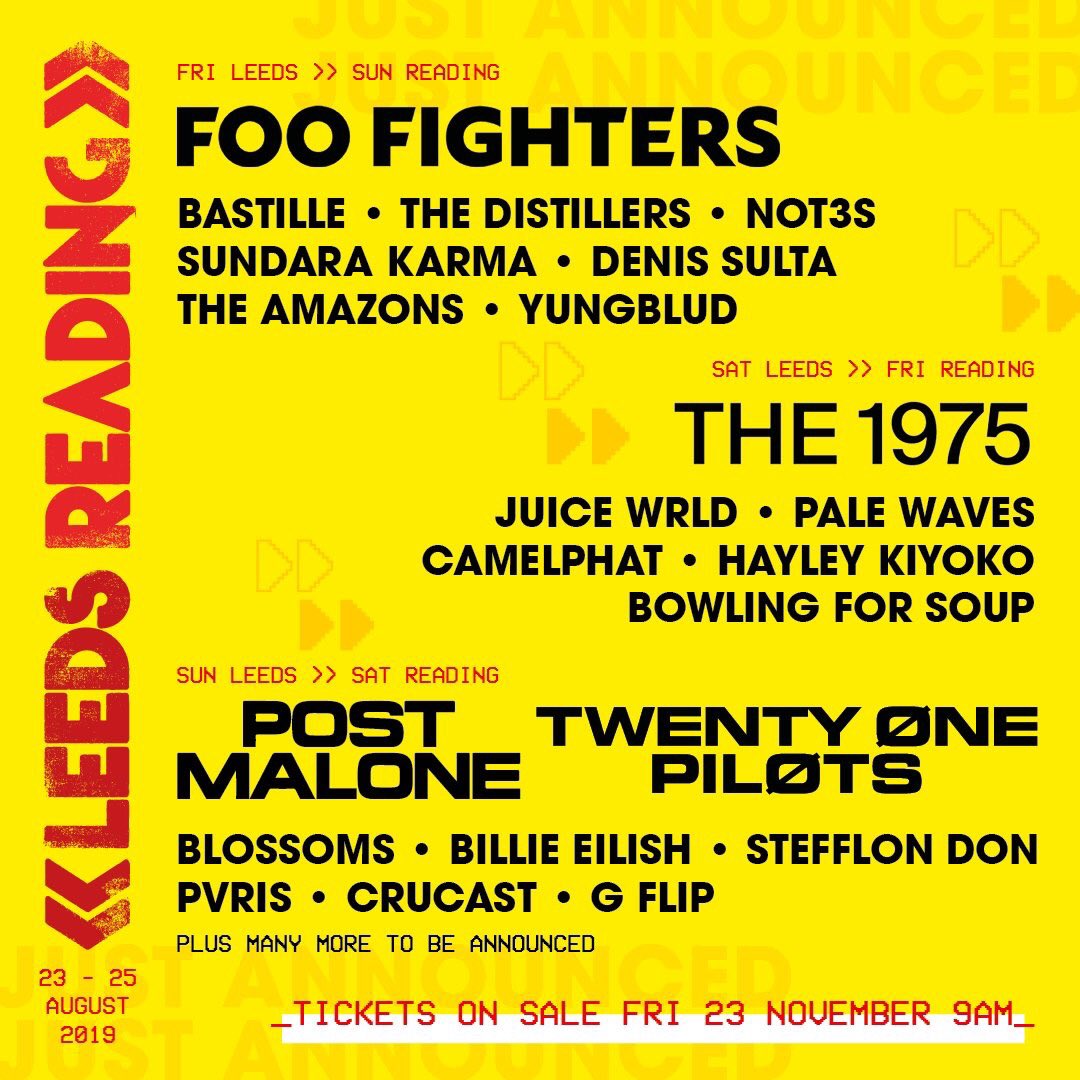