The band will hit the road in January

Palaye Royale have announced details of a UK and EU tour, set to kick off this January.

It will include the band's biggest ever UK show, headlining London's legendary Brixton Academy venue on February 10. 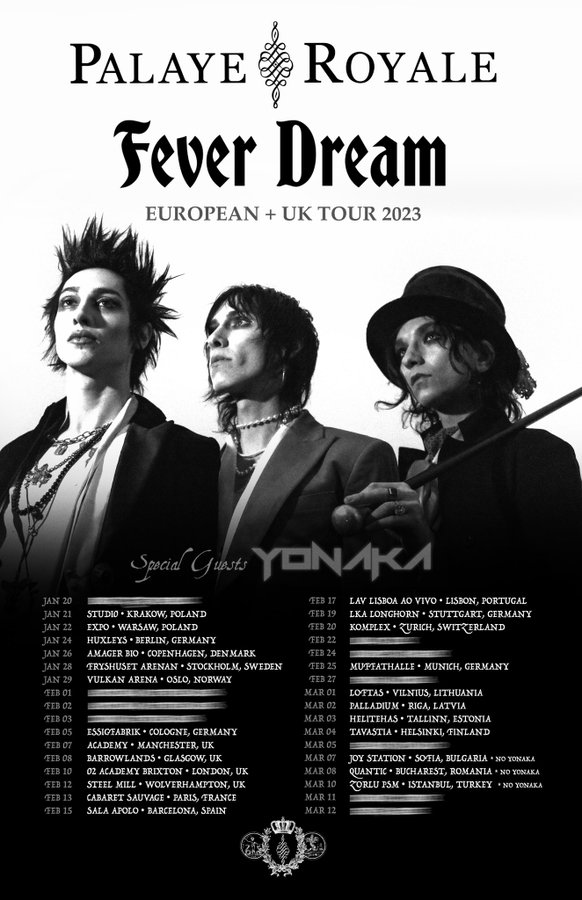 They will also be joined on the run by special guests Yonaka. Tickets go on sale August 12 at 10am BST.

In the UK, Palaye Royale will play the following dates:

The band's new album 'Fever Dream' will be released on October 28.

Check out the huge title track below: