Frank looks back on the MCRX flag clip that marked the album's 10th anniversary.

Frank Iero has told the story behind My Chemical Romance's infamous teaser video which was released to coincide with the 10th anniversary re-release of their album 'The Black Parade'.

Fans were very excited by the clip with many hoping this could mean MCR were set for a full return. The band later put out a message clarifying that this was sadly not the case.

Now, in an interview with Dan Patrick for his 'Off The Seton Path' series, Frank has revealed how the teaser video came to be:

"So what happened was, we wanted to do a 10-year anniversary release of it, and we had some demos left over and some songs that didn’t make the record and we were like, ‘Oh, cool. We’ll put it all together,” Iero says. “Every year, we meet and have a barbeque kind of thing. We’ll have the barbeque, kids will hang out and we’ll discuss business for the next year. And we were like, ‘Oh, that would be really cool. We should do a little teaser trailer for it. Alright, that’s what we’ll do.’ So, we told the lady what we wanted, and they made this trailer, and we released it. And all of a sudden we were like, ‘Oh, wait. Everyone’s real confused'."

"We were always a theatrical band. So we wanted to continue in that fashion, but when you’re not a band any longer, it’s probably harder to do that. We didn’t realize."

Check out the full interview below:

Frank is set to return to the UK later this year to perform at 2000 Trees festival with his new band, Frank Iero And The Future Violents. The festival takes place July 11-14th at Upcote Farm, Gloucestershire. 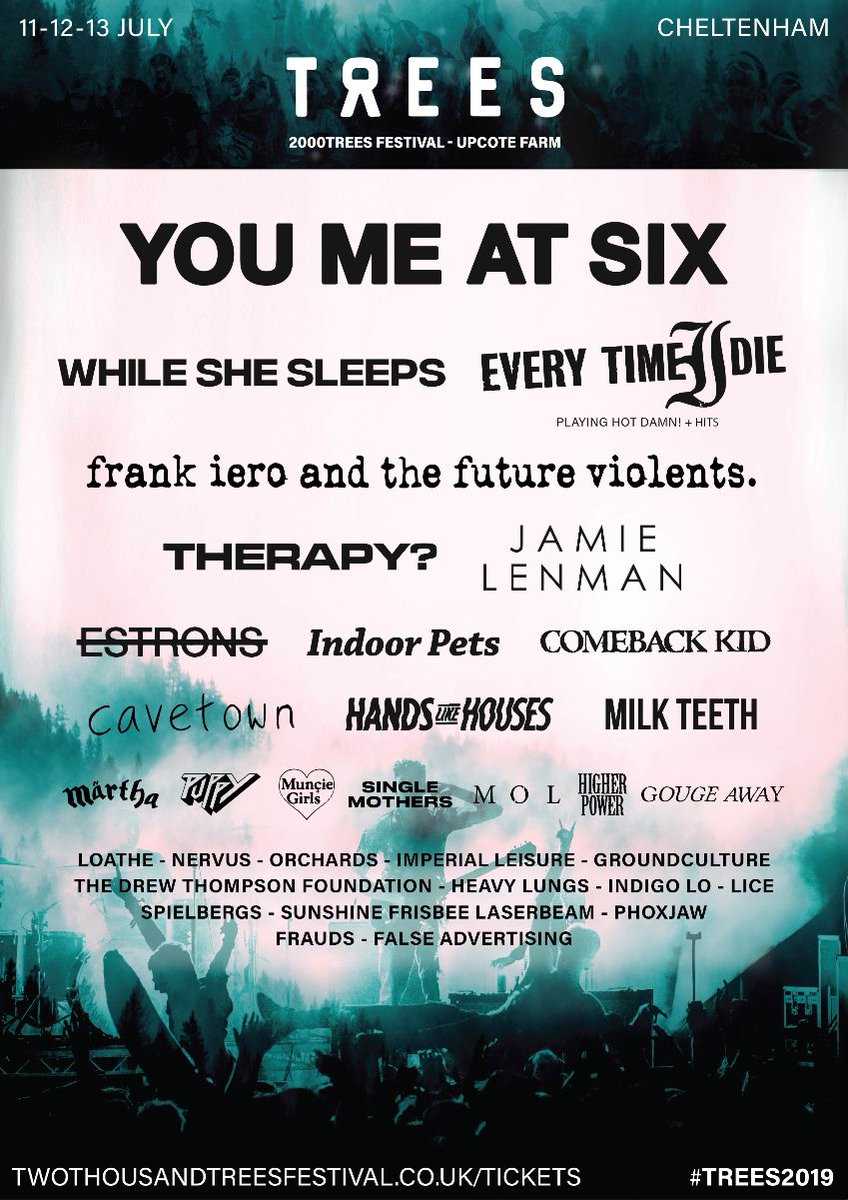 Woes Have Broken Up

Grayscale Have Released An Emotional Live Version Of ‘Tommy’s Song’

Corey Taylor Is Taking Aim At Streaming Service Royalties: “It’s Insane… Something Has To Change”

My Chemical Romance Are Teasing America This Time