Here's who is headed to Donington

Download Festival have announced 17 new names for their 2021 line up.

Boston Manor, Salem and Northlane are among the latest additions to the festival which is set to take place June 04-06 at the legendary Donington Park.

Megadeth, Descendents, Venom Prison, The Skints, Renounced, Static Dress, Ayron Jones, The Injester, Fire From The Gods, Dead Poet Society, Uncured, Massive Wagons, The Scratch and Monster Truck round out the new names on the bill.

On playing the event, Salem's Will Gould says he is "excited and humbled to announce that Salem will be performing at this year’s Download Festival. Looking forward to staying out of the sun with you all in 2021."

Download Festival 2021 will be headlined by KISS, Biffy Clyro and System Of A Down. Day tickets will go on sale at 9am on Thursday 29 October via downloadfestival.co.uk/tickets. 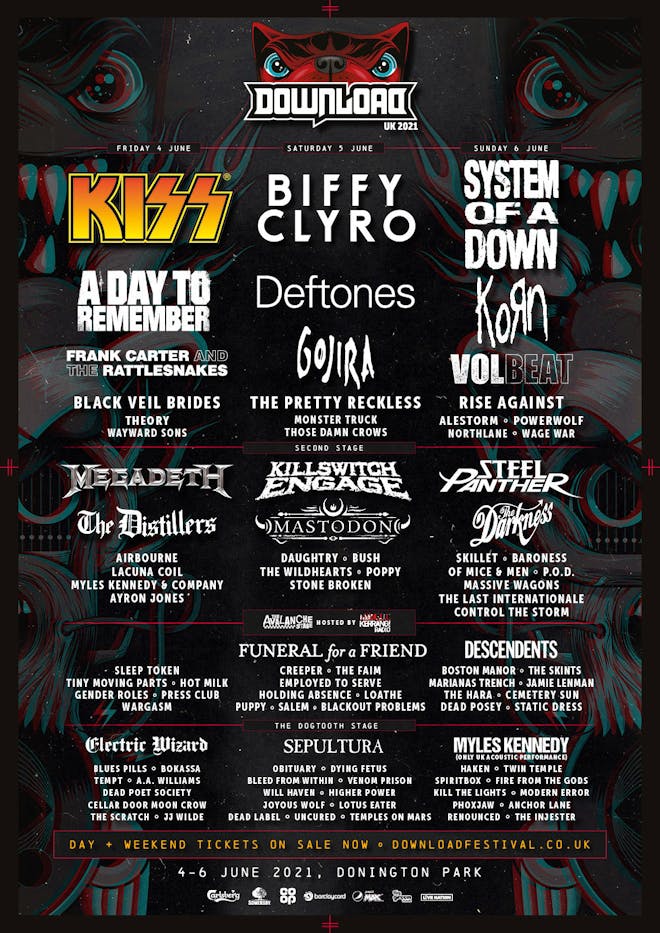 Twenty One Pilots, All Time Low, Weezer & More Have Been Announced For 97X’s Next Big Thing

Defences Have Released A Introspectively Defiant New Track ‘In The Black’