The band have also announced details of a 2023 UK tour.

Don Broco have released a new track, their first since their full-length 'Amazing Things' dropped last year, and it is, of course, a belter.

The song is called 'Fingernails' and is as arena-ready as a piece of music can get, with pulsating drums and dramatic chords aplenty. Then Rob Damiani's vocal display, jumping from soft whispers to triumphant croons to frenzied howls, takes it to a completely different level. It is Don Broco, through and through. Decadent, delirious and dripping in left-field experimentation.

Get stuck into it below, alongside a proper mad video.

Catch that huge lineup at the following dates: 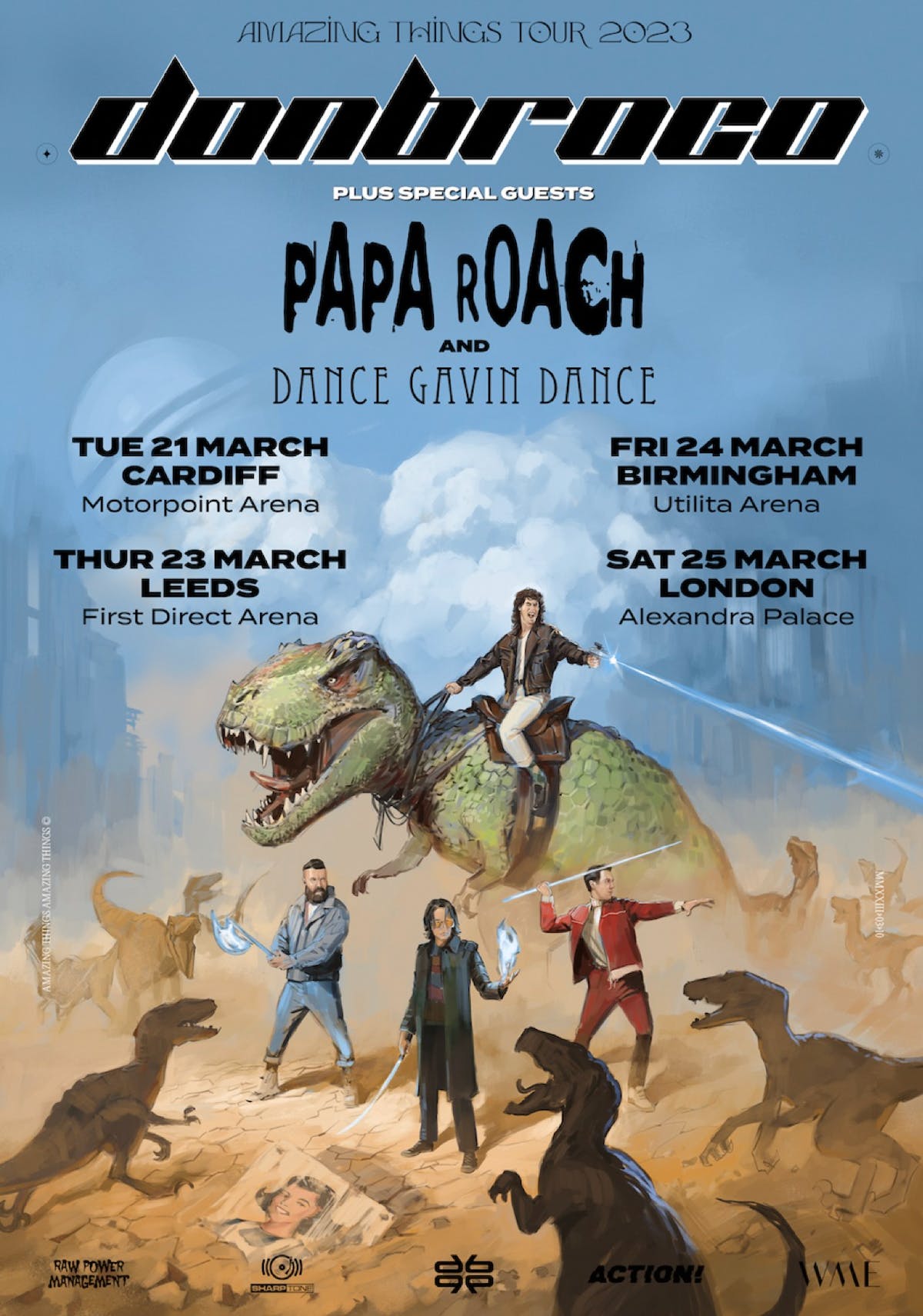 On the tour announcement, Rob Damiani had this to say:

"Beyond pumped to announce the Amazing Things arena tour featuring a lineup only the sweetest dreams are made of. There are no two ways about it, we wouldn’t be the band we are today if it wasn’t for the legends that are Papa Roach so as you can imagine we’re super excited to have the guys out with us as well as our ridiculously talented friends Dance Gavin Dance. See you next year!"

We spoke to the band all about 'Amazing Things' for a special edition of Rock Sound, which you can pick up right now over HERE

Miss May I Have Shared A Blistering New Track ‘Free Fall’

Sleeping With Sirens & Charlotte Sands Join Forces On ‘Let You Down’