The new record will now arrive in April

Charlie Simpson has announced that he is rescheduling the release date of his album and his upcoming tour.

In a statement posted on social media today (February 28), he said "I have taken the difficult decision to postpone the 'Hope Is A Drug' album and tour. Covid continues to impact manufacturing supply chains, therefore delivery of the physical formats have been delayed."

"As a lifelong music fan, being able to get my hands on a physical album is something I treasure, and I feel very passionate about continuing this tradition by releasing all formats at the same time. The new album will now be released on April 15th, and as with all touring cycles, naturally I want you to have the new album before my upcoming shows, so the tour has been pushed back to May, with the exception of both London shows remaining on April 18 and 19."

All tickets remain valid and refunds are available if you cannot make the new dates, which you can find below: 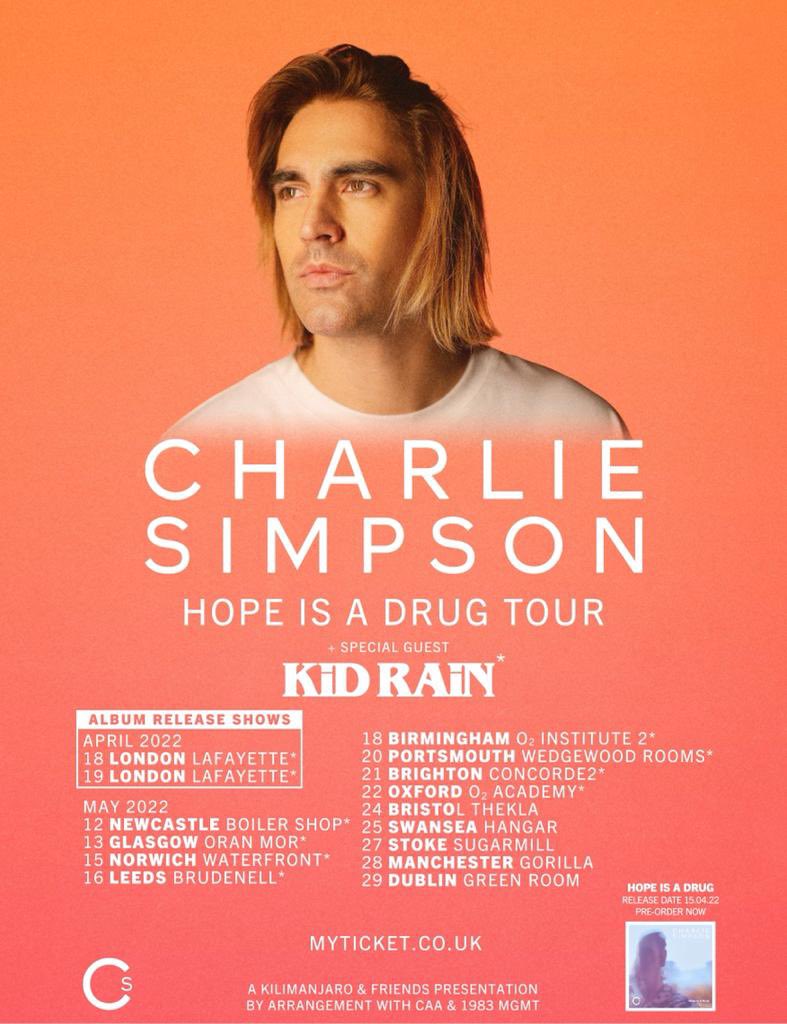 Fit For A King Make Their Return With ‘Reaper’