All Time Low have announced details of their plans to celebrate ten years of their legendary album 'Nothing Personal'.

The band had previously revealed that a reworked version of the record was on the way and have now confirmed that 'It's Still Nothing Personal: A Ten Year Tribute' will be released on November 08 alongside a making of documentary.

10 years after first releasing Nothing Personal, we returned to Red Bull Studios in LA to revisit the making of the album. "It's Still Nothing Personal: A Ten Year Tribute" features all new recordings of the classic album.

While we were there, we filmed the entire recording process and checked in with a few familar faces for a documentary about the album. "It's Still Nothing Personal: A Ten Year Tribute" available everywhere November 8.

Additionally, the band will play the album in its entirety at three special shows in Los Angeles, Chicago and New Jersey this December. 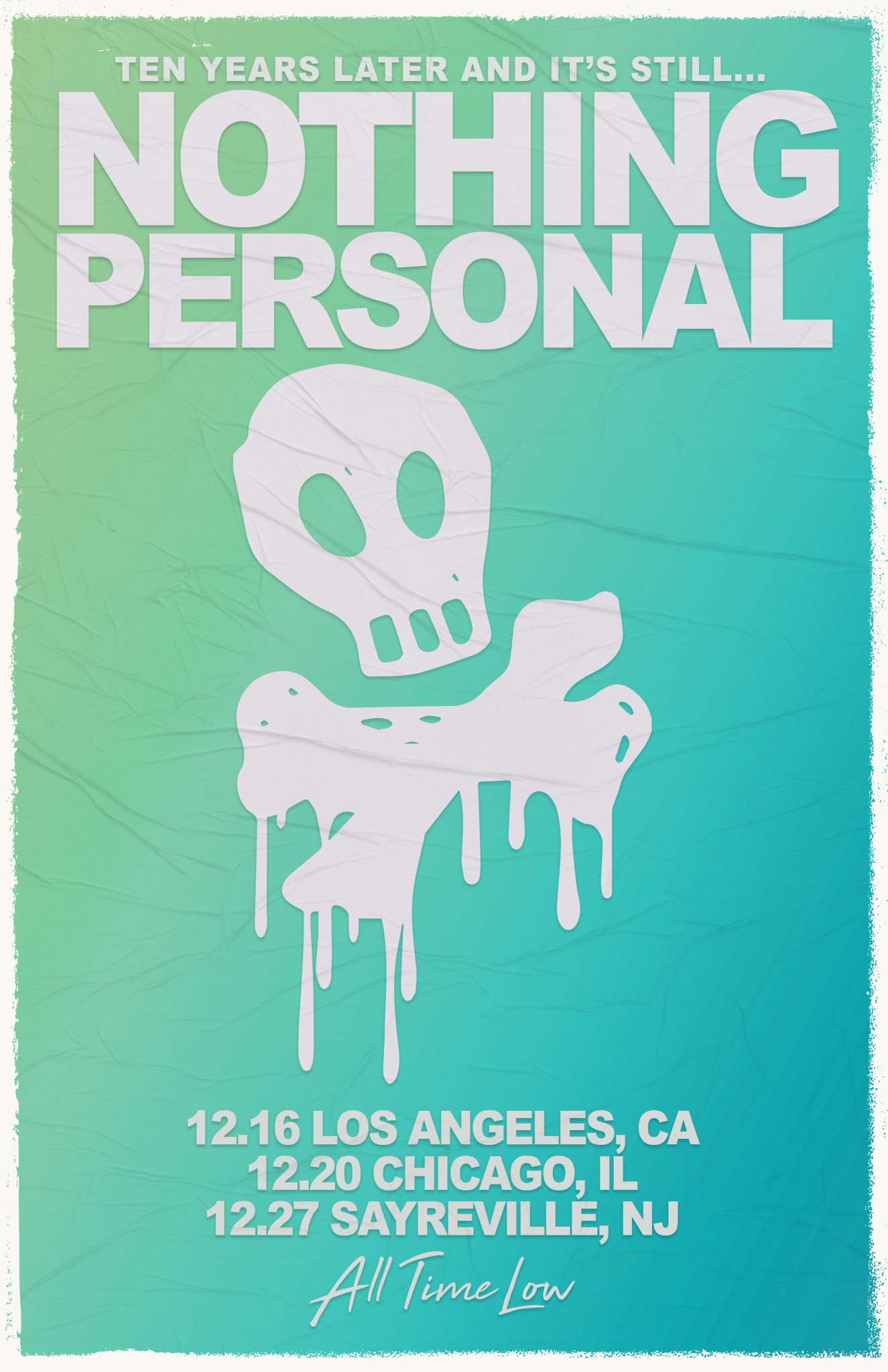 Tickets will go on sale this Friday, get more details here.

All Time Low headlined Slam Dunk Festival earlier this year - check out our backstage interview with Alex and Jack on 'Nothing Personal', new music and more below:

Tigers Jaw Have Announced The Details Of Their New Album